Get your sweet tooth fix with one of the best Thai desserts in Bangkok.

Thai cuisine is world renowned. Spicy, sweet, sour, and bitter, these are all the flavours cooked up in Thai restaurants the world over. But while most are familiar with the likes of pad Thai and tom yum, what's less known is the South East Asian country’s kaleidoscope of colourful, sticky desserts.

Those with a sweet tooth are in luck. The best Thai desserts in Bangkok are sugar-laden treats. Here's out pick of the best and where to find them. Alternatively, you'll try plenty of sweet treats on our Bangkok food tour, the highest rated culinary experience in the city. 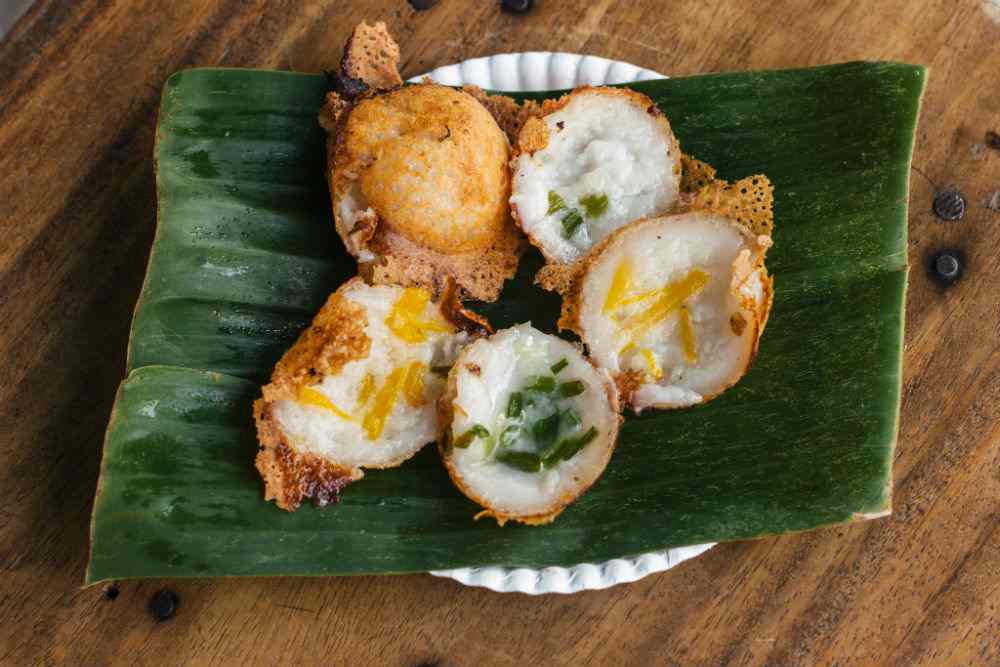 Let’s kick off with kanom krok. Coconut milk, rice flour, and a little palm sugar are mixed cook in a hot metal dimpled pan until crispy on the outside and squidgy and unctuous in the middle.

It may seem strange to those from the West, but the addition of corn, spring onions, or coriander makes this dessert. Every local has their favourite stand, and you’ll have no problem finding these in Bangkok’s markets. But for the best desserts in Bangkok, try Siam Pandan whose small outdoor stall in Siam Square knocks out some fine examples of kanom krok infused with pandan leaves. 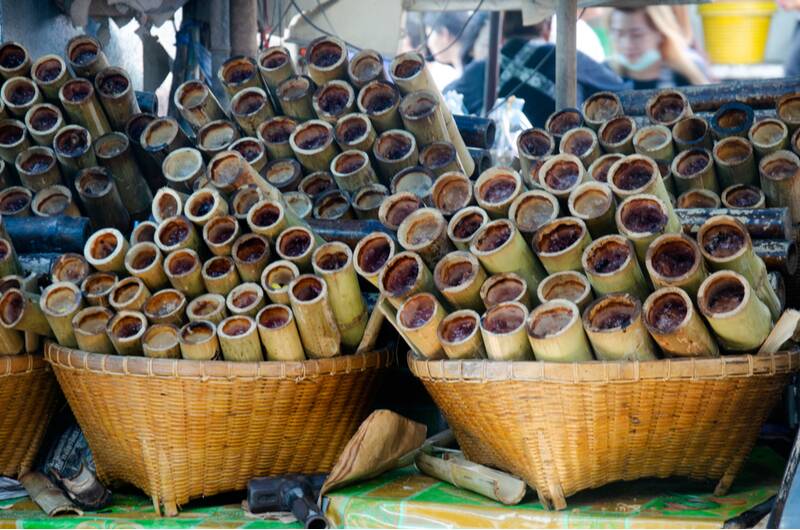 Khao lam is white or black sticky rice stuffed into hollow bamboo tubes along with coconut milk, a little sugar and salt, and red beans, then plugged on both sides with banana leaves.

These tubes of coconuty goodness are grilled over a barbecue, allowing the rice to become gelatinous as it steams in the milk. Prise open to reveal an almost cake like dessert.

You'll typically them around Northern Thailand over winter, but there are a few spots in Bangkok. The best is a small street stall along Pratunam market. Wander down through the market and look out for the towering pile of bamboo. 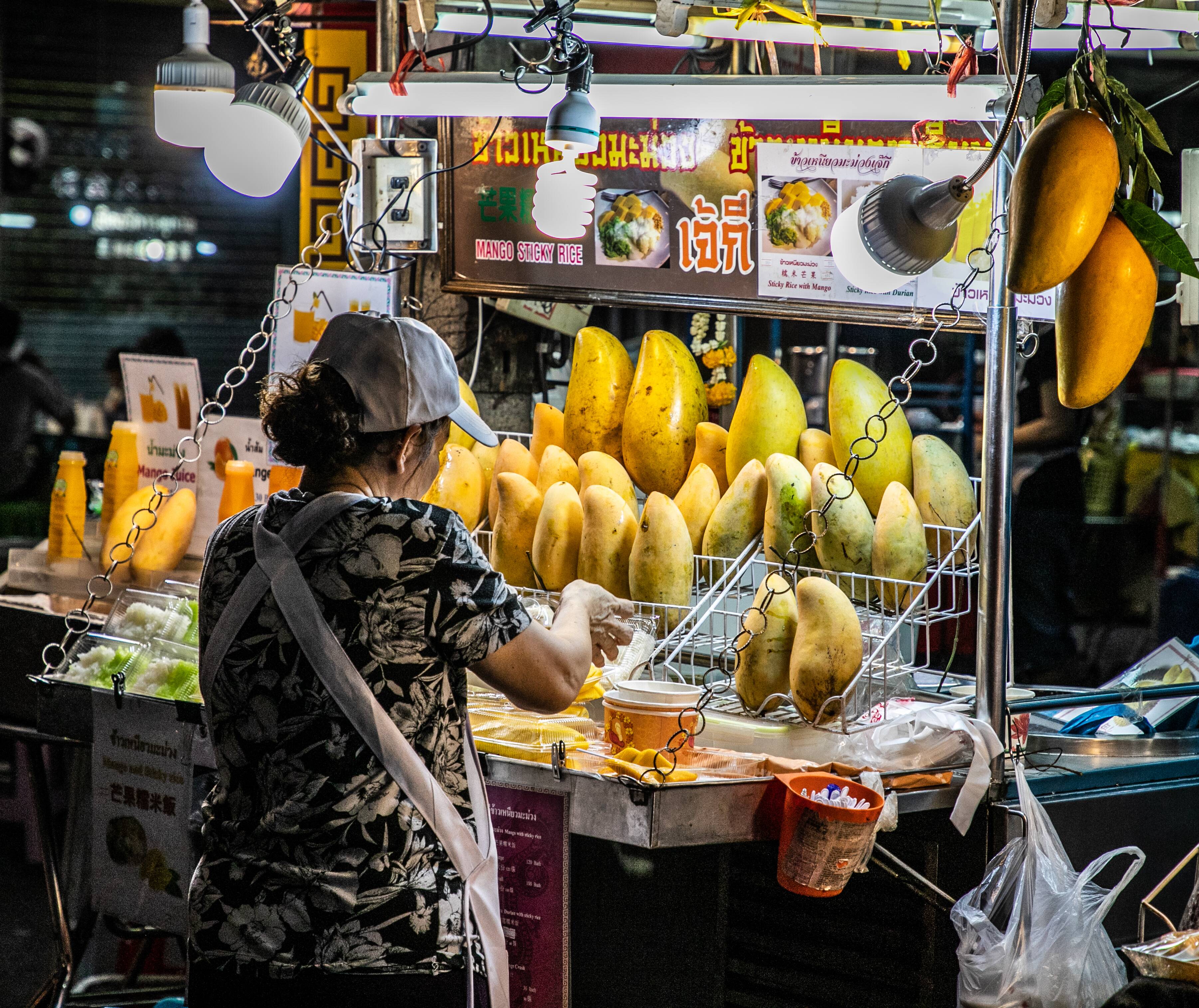 Mango and sticky rice in Bangkok

Arguably the most famous dessert on our rundown and certainly one of the best desserts in Bangkok, khao niao mamuang is another sticky rice dessert.

Slices of sweet ripe mango sit next to a mound of sticky rice cooked topped with luscious creamy hot coconut milk sweetened with a little sugar and balanced with a pinch of salt. It’s popular, so you won’t have difficulty finding it, but the quality varies immensely. Look out for an alternative which uses durian instead of mango.

Kor Panich is often tipped as the finest mango sticky rice in Bangkok. For over 80 years, this shophouse have been knocking out their family's secret recipe. 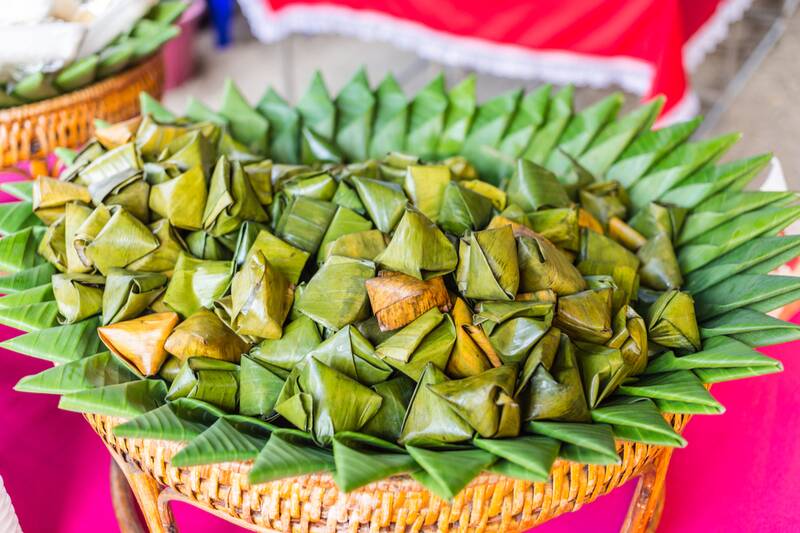 The ancient Siam dessert khanom sod sai was once eaten solely at wedding ceremonies and festivities. Today, it's found in most local markets daily.

The dessert is made flour, coconut cream, coconut flesh, and palm sugar steamed in a banana leaf. It’s the nearest thing to a cake, albeit stickier and more squidgy. Look out for little wrapped banana leaves on street stalls.

The best are found around Nang Loeng Market. Head though the main food court to the dessert stands on the outer edge near the old silent cinema. Or join this Bangkok food tour to try the best desserts in Bangkok including khanom sod sai. 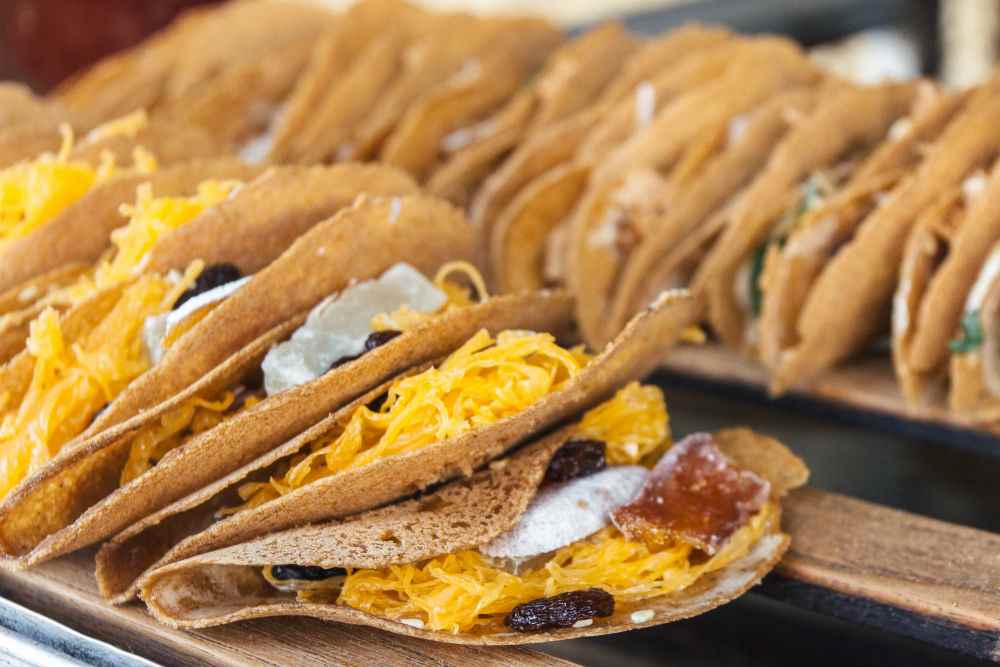 Khanom buang, crispy little pancakes made from mungbean and rice flour folded over a filling of uncooked meringue and shreds of sweetened duck yolk, are worthy contenders for the best desserts in Bangkok.

There's a salted version and a sweet version, which may sound like an odd combination, but trust us when we say it works. The recipe dates back hundreds of years, at least since the 17th century.

It’s impossible to buy just one of these little morsels, they’re just too cheap and too good. Found on almost every street corner across the land, but as with all the best desserts in Bangkok, not all are made equal. Travel out to the Bangkok district of Talad Plu and look for the stand under the concrete overpass. Their family recipe has been a much loved local treat for decades. 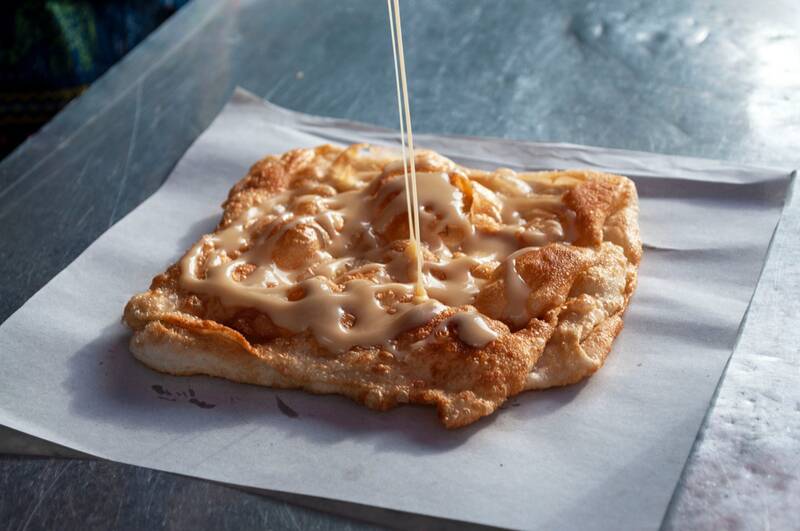 Ah, where would Thai desserts be without these crispy flat breads. A staple of backpackers. The Thai roti is a Muslim treat made from wheat flour dough which is impressively hand pulled until wafer thin and then fried in butter before being topped with condensed milk, slices of banana, and even egg.

Queue up with the rest of the travellers, you’re not going to want to miss this one. There are some top spots around the city, but the best is sold off a small cart called Ta Au Roti along Petchburi Soi 7. Be sure to get there before 10pm or you might find they've sold out and order the sweet cha chuk Thai tea, a perfect accompaniment. 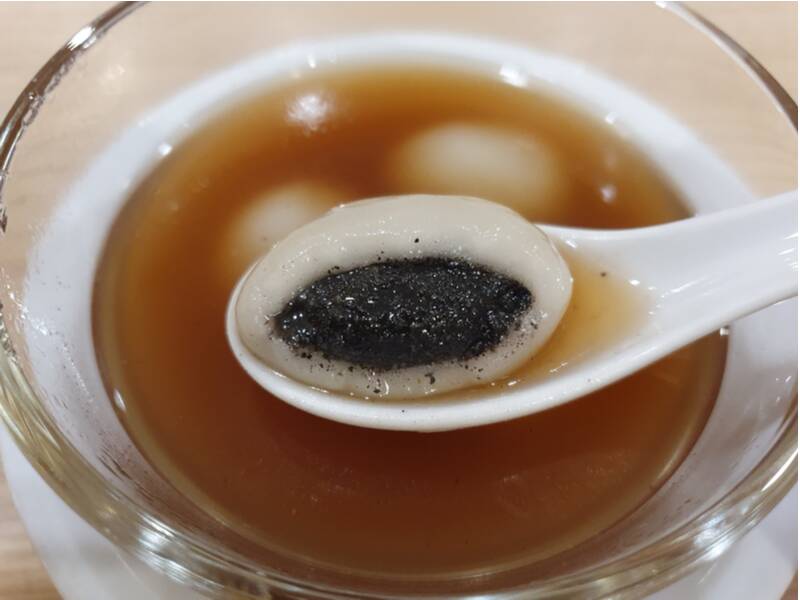 To try this one, you’re going to have to get yourself down to Bangkok’s Chinatown, where many of the best desserts in Bangkok are found. It's a complicated recipe made from ginger soup served with floating dumplings stuffed with black sesame paste.

Like many Thai dishes, its roots lie in China and was brought over my immigrants in the early 20th century. There are other versions which include silky tofu curd instead of dumplings. Equally as delicious.

The best is found at Jae Aun Bua Loy Nam Khing along Yaowarat Road. This tiny dessert stall has spent the last 20 years perfecting the recipe. The long line of daily customers says it all. 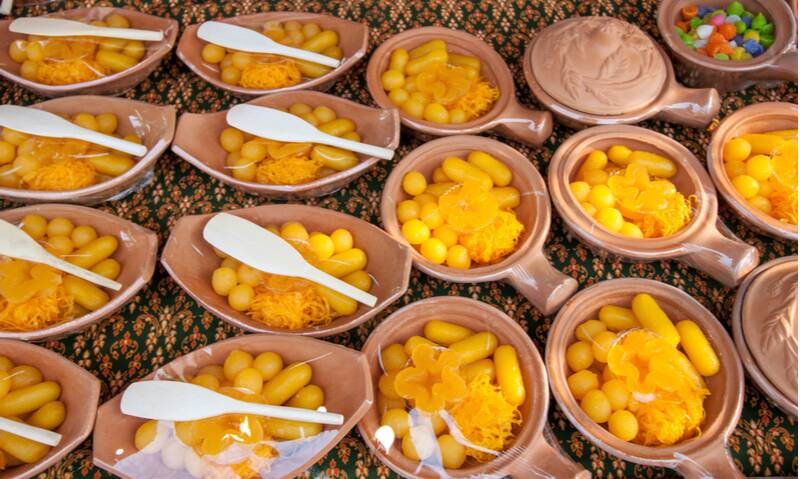 Poke your head into any market and you’ll spot little bags of orange tong yord balls. Thailand rarely uses egg in their desserts, but this is an exception to the rule. The yolks of chicken or duck eggs are mixed with sugar and flower water, before being cooked in palm sugar syrup. Be warned, they are as sweet as they are addictive.

Easily some of the best desserts in Bangkok are found at Kanom Thai Kao Pee Nong just north of Chatuchak Weekend Market. For more than 30 years, this small has been creating luxurious tong yord. Easily worth the travel time. 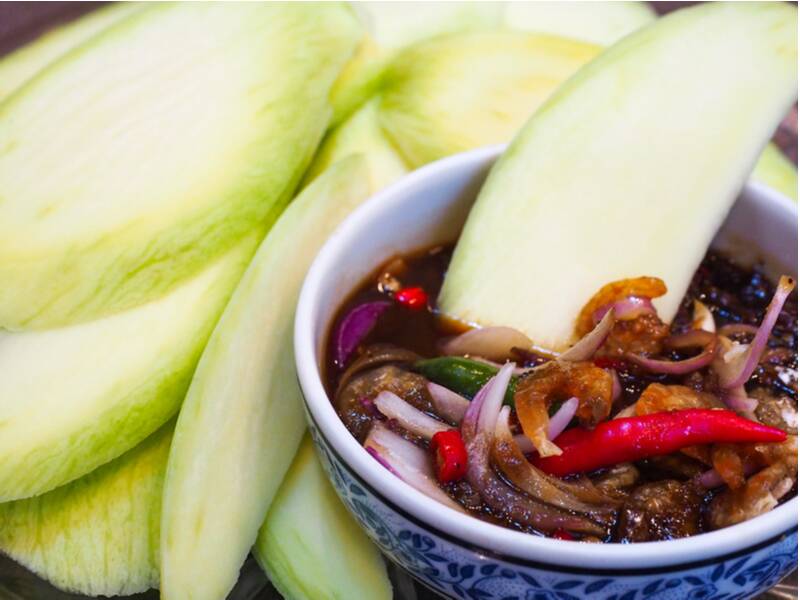 To the uninitiated, mamuang nam pla wan seem a little terrifying. Tart unripe mango slices served with a dip made from sweetened fish sauce, chilies, and dry shrimps is enough to put even the most hardened of street food veterans off. Those brave who do try it though are rarely disappointed.

There are plenty of stalls around Bangkok selling the dessert, but at the upmarket Or Tor Kor food market near Chatuchak you'll find a vendor that's become famed for their nam pla wan dipping sauce.

Finding the best desserts in Bangkok takes some digging, but it's worth it. If you need help, why not join this evening Bangkok food tour designed by a chef to help you discover the city's culinary scene. 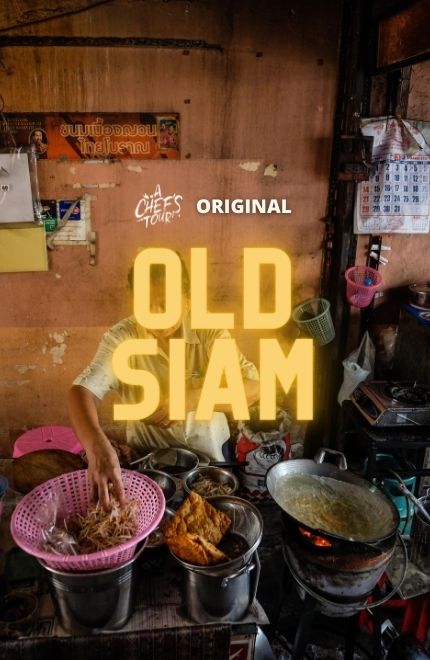 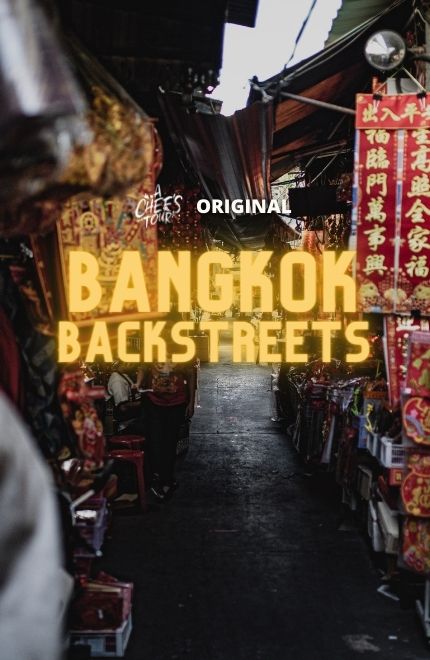 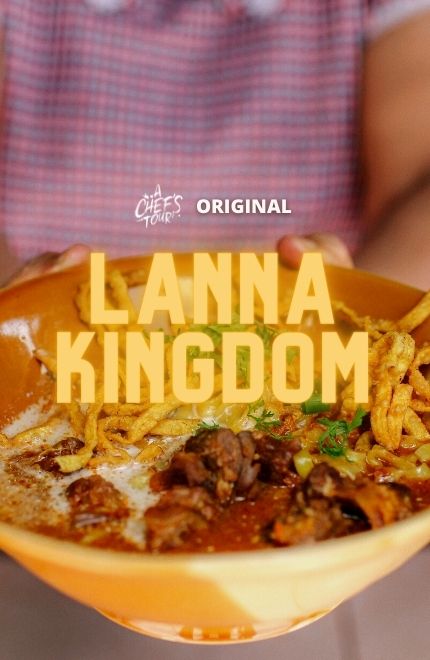 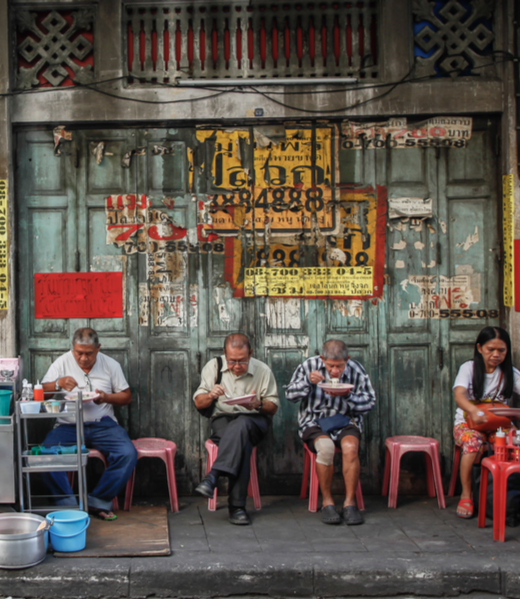 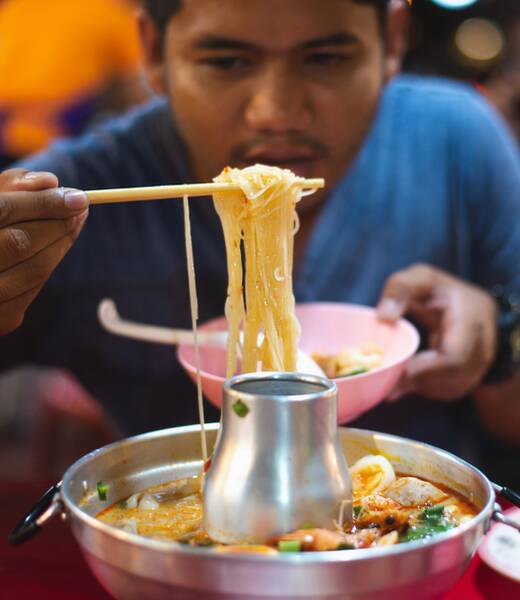