What to eat in Yangon

The cuisine of Myanmar is fusion food – it’s neighbours India and China have heavily influenced many of the country’s dishes. Like most South East Asian cities, it’s hard to visit Yangon and not be enthralled by the food. While this is in no way a definitive list, if it’s your first time in Myanmar you can’t go wrong with these iconic Burmese dishes. 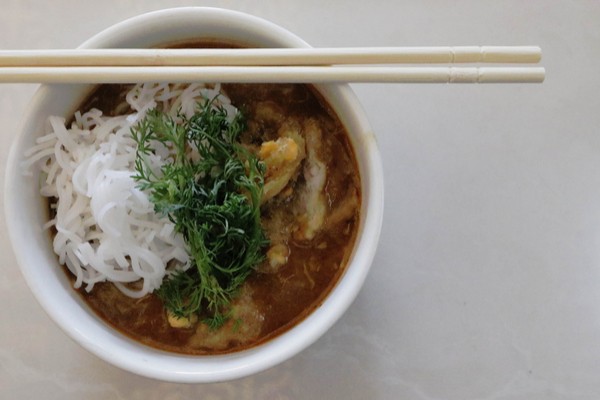 It’s simply unthinkable to visit Yangon and not have a bowl of Mohinga noodles, the country’s unofficial national dish. Street vendors are found on every street corner in the city. Pull up a colourful plastic stool and dive into a bowl of rice noodles swimming in a fishy broth spiked with plenty of ginger and garlic. Bitter banana blossom, hard-boiled eggs and akyaw fritters add extra flavour and texture. Best eaten for breakfast. 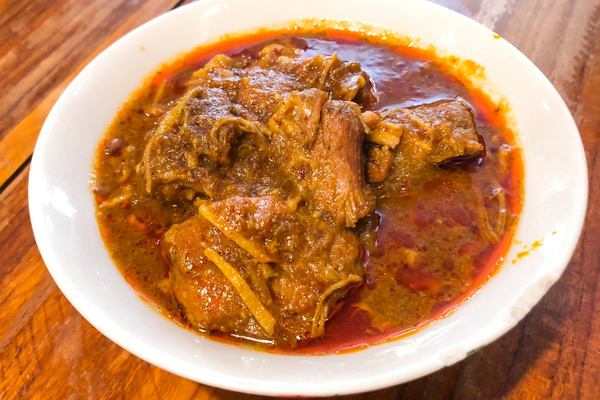 Almost any Myanmar restaurant or tea house is going to serve up their version of Burmese pork curry. The sticky, slow-cooked curry is cooked with pork belly which gives an oily finish and plenty of palm sugar which adds sweetness. This isn’t a dish to be eaten on its own. The strong flavours are best accompanied by steamy piles of rice and fresh vegetables which help cut through the curry’s richness. 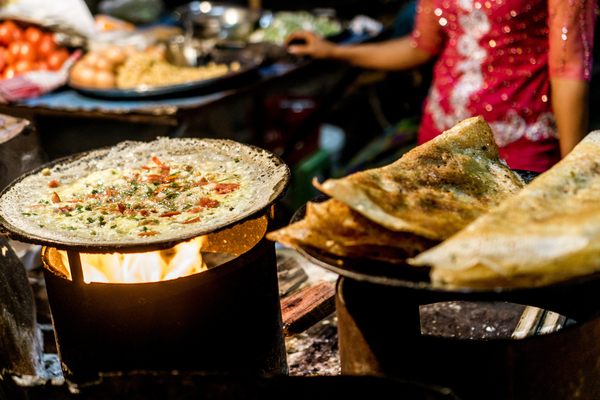 Myanmar has absorbed influences from all it’s neighbours and with a sizeable Indian community, it’s no surprise that many dishes from the sub-continent have made their way across the border. If you’re going to try just one Indian dish, make it a dosa. Crispy, light rice batter crepes are used to mop up a variety of coconut curries, pickles and rich, ghee-spiked dhals. Unsurprisingly, the best are found down in the capital’s Little India. 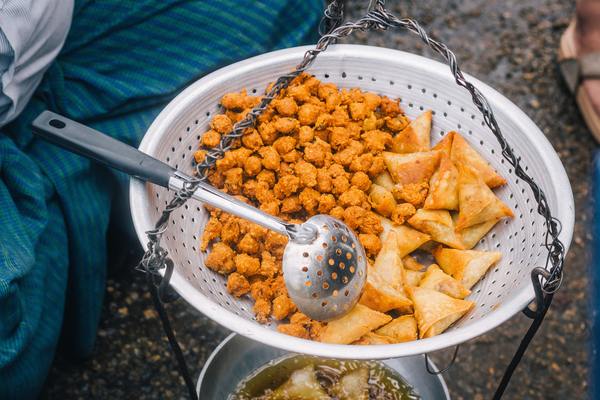 Looking for a quick bite on the go? The streets of Little India are filled with the smells of frying samosas – parcels of crispy deep-fried pastry filled with minced meat, potatoes or vegetables. Best eaten when they're warm straight from the fryer, though you can pack them up and eat them cold on long bus or train journeys. 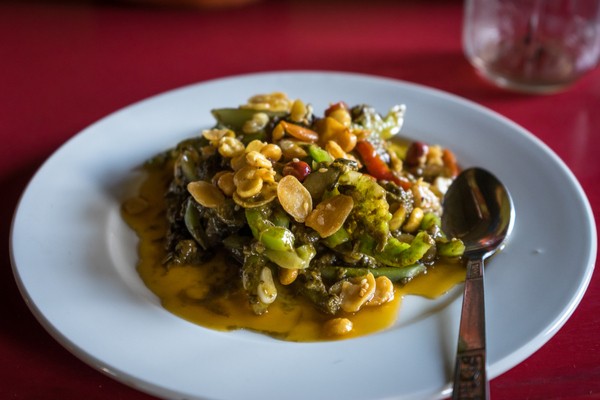 Other than Myanmar, no other nation uses tea leaves for anything but a brew. To make them palatable, they are fermented and then dossed in a dressing made from ginger, chillies, garlic, peanut oil, lime juice and fish sauce. A little crunch comes from tiny dried shrimps, deep-fried peas, crushed peanuts and toasted sesames. There’s almost always a sharing plate of tea leaf salad on most evening meals. 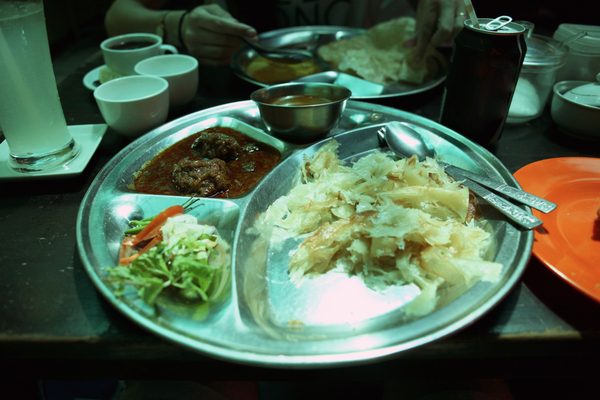 Those on a budget should head to one of the small roadside stalls or eateries for a Burmese thali. These set menus, which come in either vegetarian or non, are the best way to fill up on a shoestring. For just a couple of bucks, you can dine on a generous heap of rice accompanied by an assortment of soups, curries and pickles. 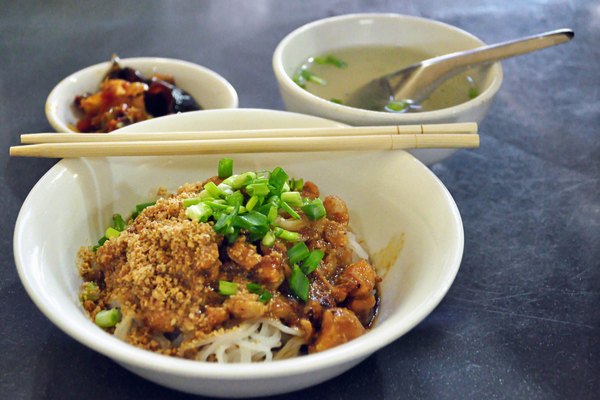 Don’t confine yourself to just Mohinga noodles. The north-eastern state of Shan does a fine noodle dish made with a light tomato sauce and fresh vegetables. Some are drier, others swim in a spicier broth. You shouldn’t have any trouble finding Shan restaurants in the capital, but some of the best noodles are found in the famed 999 Shan Noodle House. Like most Burmese dishes, peanut oil and crush peanuts. 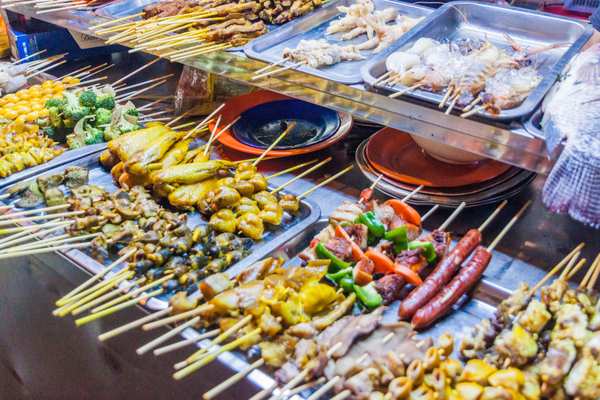 The Yangonese love a good barbecue. For the best, make a dash to the famous 19thstreet which has so many charcoal cooking vendors it’s often referred to as “Barbecue Street”. Locals have their favourites, but as a newbie to 19th pick any one of the small eateries, choose your meaty skewers from the counter and sup on a beer while you wait for them to cook. Don’t worry if you’re a vegetarian or pescatarian, there’s plenty of alternatives like grilled tofu, vegetables and shrimps. 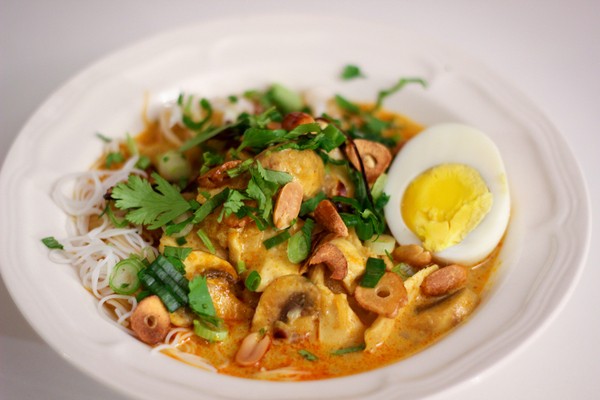 Those who’ve visited Chiang Mai will inevitably have tried the famed khao soi, but its origins lie in Myanmar, not Thailand. Plastic bowls are filled with yellow egg noodles and topped with a spiced curry broth. Some of the more expensive khow suey are made with rich coconut milk and you’ll typically find a leg of chicken. Squeeze over lime juice for extra zing and top with crispy noodles for texture. 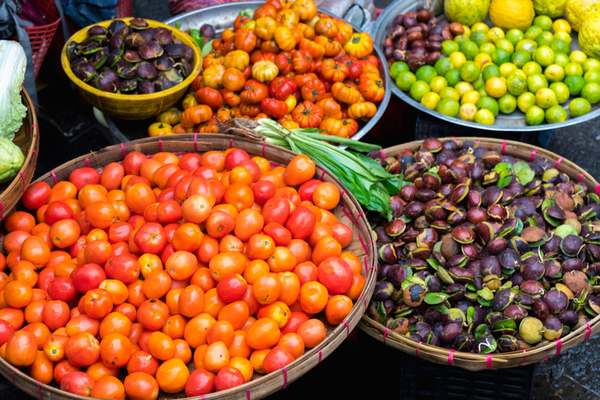 It would be a shame not to gorge on Myanmar’s abundance of exotic fruits. Sweet mangoes, sticky longans, rambutans and dragonfruits aren’t hard to find. Nor are sweet and sour mangosteens, grapefruit-like pomelos or papayas. Those feeling brave could even try durian. Work past the smell because the creamy, custard-like flesh is a delight. 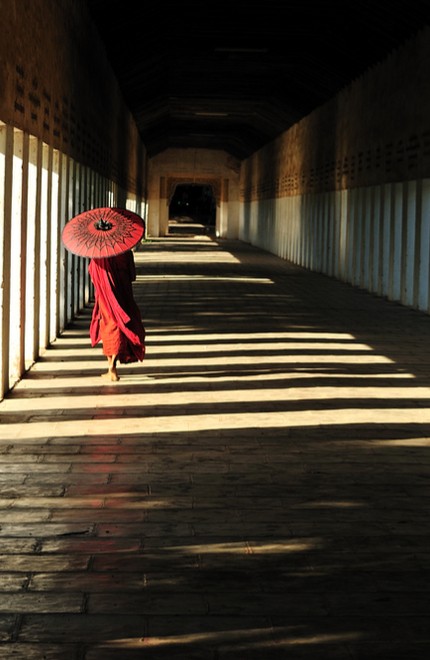