The food courts in Singapore are the beating heart of the city's culinary scene. Here's our rundown of the best.

Singapore – a city-state known for its towering architecture, immaculate cleanliness, impressive urban greenery and rich history. But the draw for many is the food courts in Singapore.

In fact, the idea of food courts actually predates the modern shopping centre in Singapore. More commonly known as hawker markets, food courts in Singapore aren’t always necessarily attached to a mall and often comprise a stand-alone complex on their own.

Whatever you call them and wherever you find them, one thing is for sure: as a veritable melting pot of Asian cultures and cuisines, Singapore is well-placed to offer an amazing food court experience quite like no other.

Another selling point of the food courts in Singapore is their affordability. In a city notorious for its expensive price tag, food courts represent an easy way to access a tasty, nutritious meal for under 5 bucks… and with so many options on offer, there’s sure to be something for all palates.

There are even a handful of Michelin-starred options available for that price, but be warned: the queues can be seriously lengthy. If you want excellent food at cheap prices, you’ll have to wait for it, even at the food courts in Singapore.

With those points in mind, here’s a quick rundown of the some of the best food courts in Singapore and the best things to try in each. 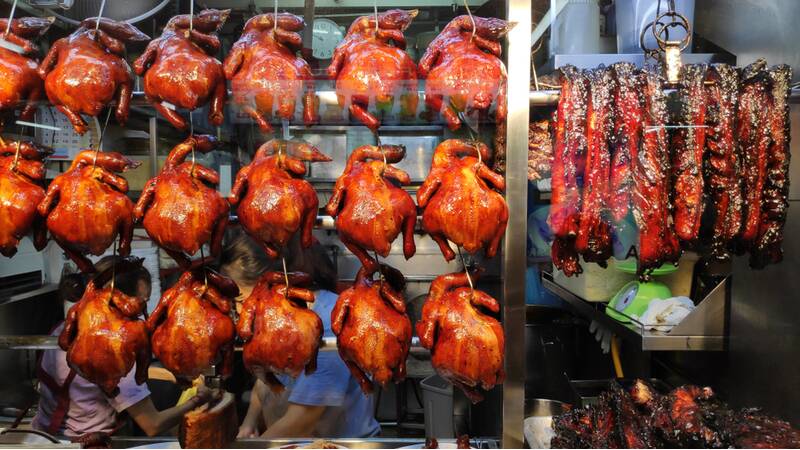 The biggest food court in Singapore with over 260 individual stalls, the Chinatown Complex is also home to the first Michelin-starred food stall in the country.

Beyond this headline stall, the Chinatown Complex has plenty of other attractive options, including Lian He Ben Ji Claypot (for claypot rice and dumplings), Jin Ji Teochew Braised Duck & Kway Chap (for braised duck and golden lava egg) and Old Amoy Chendol (for the traditional dessert of chendol).

It's a labyrinth of hawker vendors housed in a multi-stored complex built in the early '80s. It doesn't matter the time of day, this food court in Singapore is busy morning to night. Fantastic hawker food and very good prices. 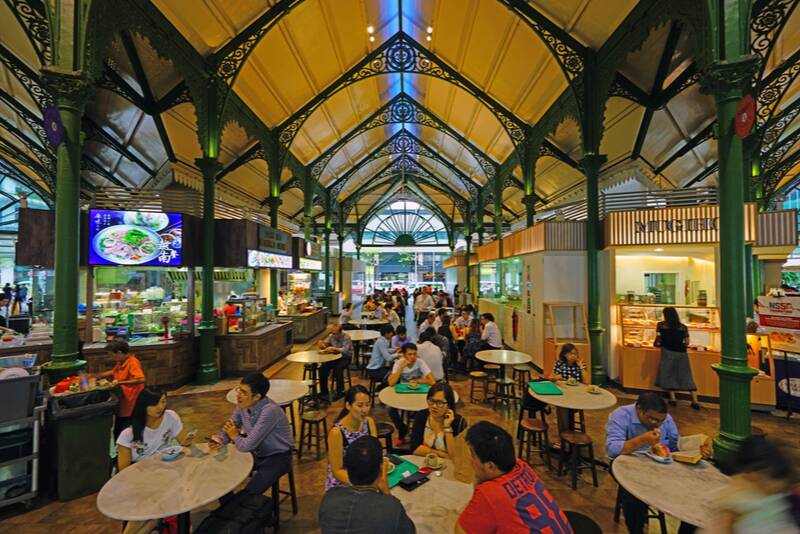 Lau Pa Sat, also called Telok Ayer Market, has been in operation since the 1800s. So it will come as no surprise that this food court in Singapore is considered a national institution. It is, arguably, the most attractive food court in Singapore - a Victorian vaulted cast-iron structure that was originally built as the city's fish market.

Its location within the central business district (CBD) means that it’s inundated with suited-and-booted office workers during the day, but when the sun dips below the horizon, things really begin to pick up. Beer vendors and satay hawkers fill the space, selling deliciously cooked chicken, beef, pork and prawn in a succulent peanut sauce.

For those not so keen on satay (or those with a nut allergy), there are still plenty of appetising options. Look out for the roti and egg prata, thunder tea rice and sweet chilli crab.

At night, tables are set up outside this food court in Singapore creating an alfresco dining space in the cooler evening weather. 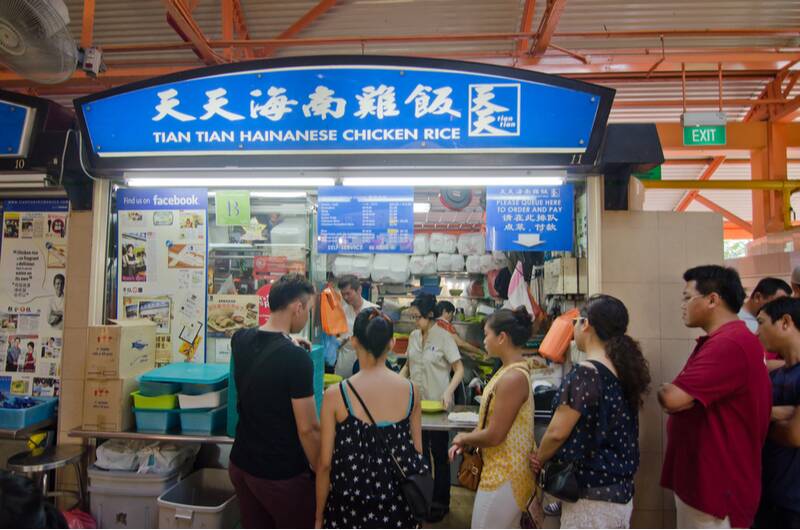 This food court in Singapore is positioned right in the heart of Chinatown, so it's no surprise that Maxwell Road’s cuisine is dominated by Chinese fare.

But while it might not be quite as big as the aforementioned Chinatown Complex, it still has well over 100 stalls and plenty of cuisines on offer.

It’s most famous for its chicken and rice dishes (with Tian Tian Hainanese Chicken Rice perhaps the most highly-rated locale), but the fish and rice porridge at Zhen Zhen Porridge, the dumplings at Tong Xin Ju Special Shanghai Tim-Sum and ngoh hiang meat rolls at China Street Fritters are excellent dishes on the expansive menu.

This is without a doubt the most famous food court in Singapore and makes for an affordable breakfast, lunch and dinner spot in an eye-wateringly expensive city. 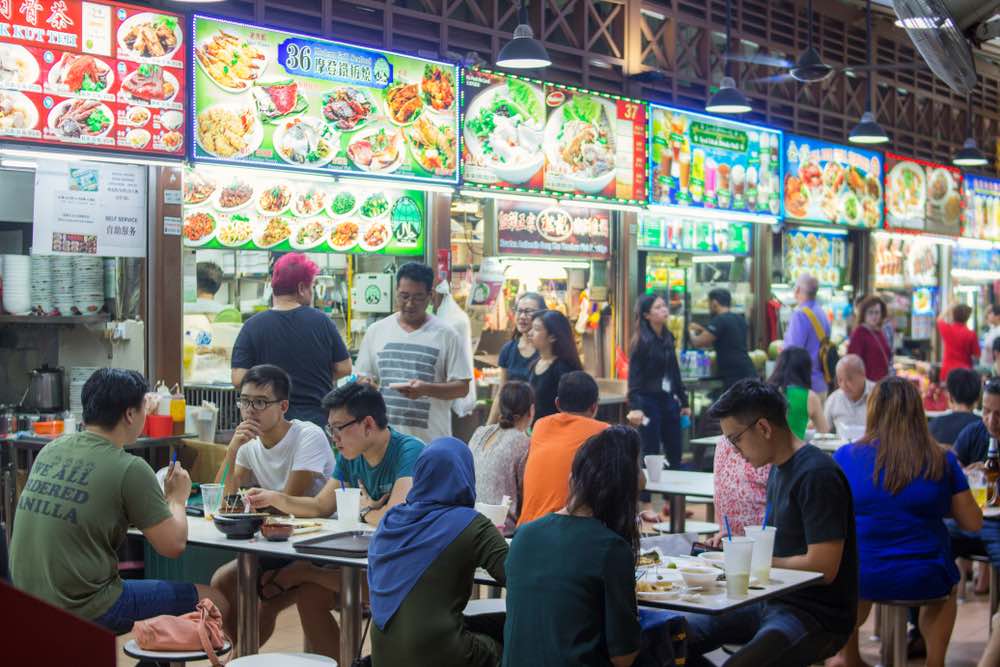 Long lauded as one of the most illustrious food courts in Singapore, the tourism board seized upon Newton Circus in 2005 and shut it down for renovations for a year, before reopening to much fanfare in 2006.

Unfortunately, the place has been plagued with anecdotal stories of sub-par food quality and extortionate prices ever since; in one particularly noteworthy case in 2009 where six US tourists were charged almost $500 for a meal there.

However, there are over 80 stalls to choose from and the vast majority should not be tarred with that unsavoury brush. What’s more, this food court in Singapore's rising tourist profile has meant that there are now adequate vegan, vegetarian and gluten-free options for those with dietary requirements. 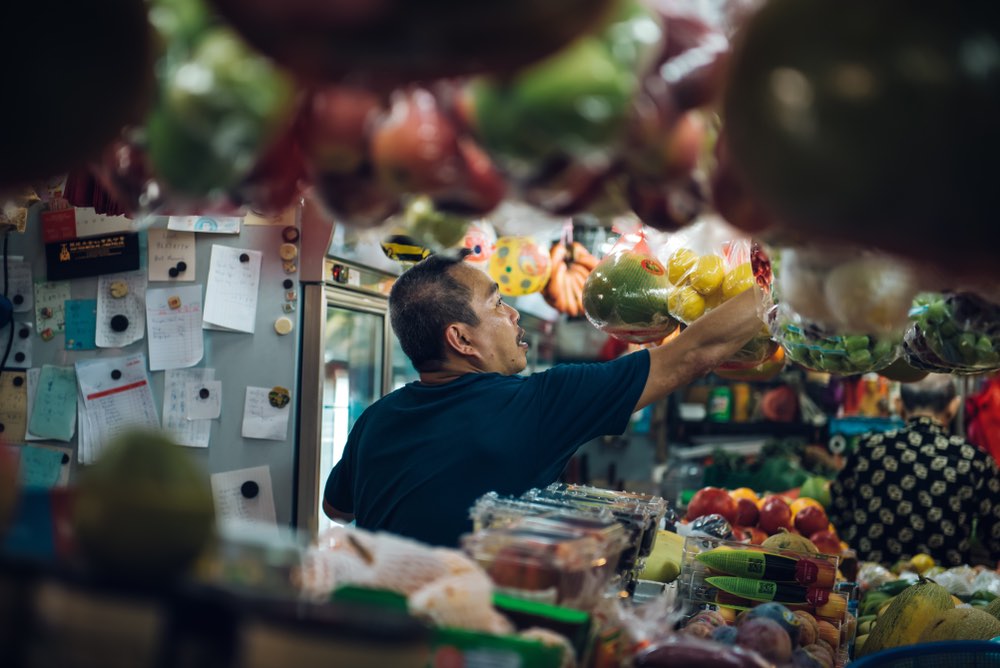 Fruit vendor at the Tiong Bahru food court in Singapore

Having been recently renovated, Tiong Bahru is one of the cleanest, comfiest and most spacious food courts in Singapore.

Each individual stall is equipped with state-of-the-art mechanical exhaust systems and the designers have made excellent use of its open-air environs, making it the perfect place to escape the stifling heat of the city.

Tiong Bahru Hainanese Boneless Chicken Rice is a great place to sample the previously mentioned signature dish of Singapore, while those looking to try another local delicacy in chwee kueh (steamed rice cakes) could do much worse than the excellent offerings at Jian Bo Shui Kueh.

Try this off-beat food court in Singapore, it makes a refreshing change from the tourist-heavy markets downtown. 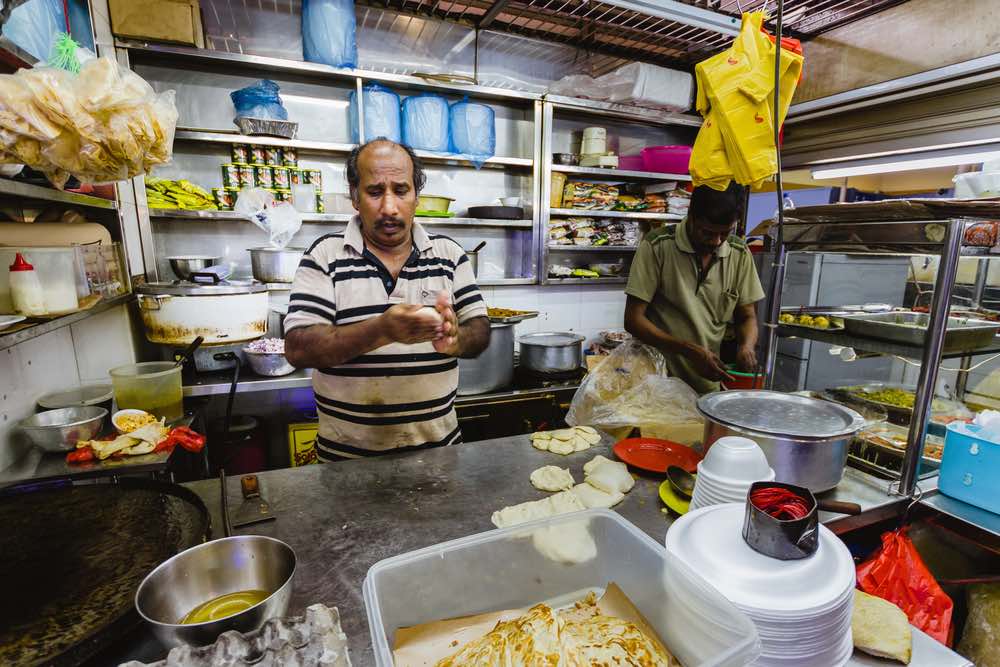 Making rotis in the Tekka Centre food court in Singapore

Calling all fans of Indian gastronomy. Look no further than the Tekka Centre, a fantastic food court in Singapore housed inside a vibrant warehouse in the heart of Little India.

It’s nigh-on impossible to miss the building; it’s located right next to the MRT station and is painted a garish shade of green, yellow, orange or other colour every few years.

Inside, you’ll be treated to all the sights, sounds and smells of a traditional Indian market, with more curries and dhal, roti and naan, pakoras and bhajis than you can shake a stick at. Chi kak kueh (a sugared dessert containing rice, leaves and mung beans) is also an unappetising-looking but delicious-tasting option for those with a sweet tooth.

Try the dosas at Anna Dosai Stall and the appams at Deens. If you're after Indian fare, this food court in Singapore is the place to visit. 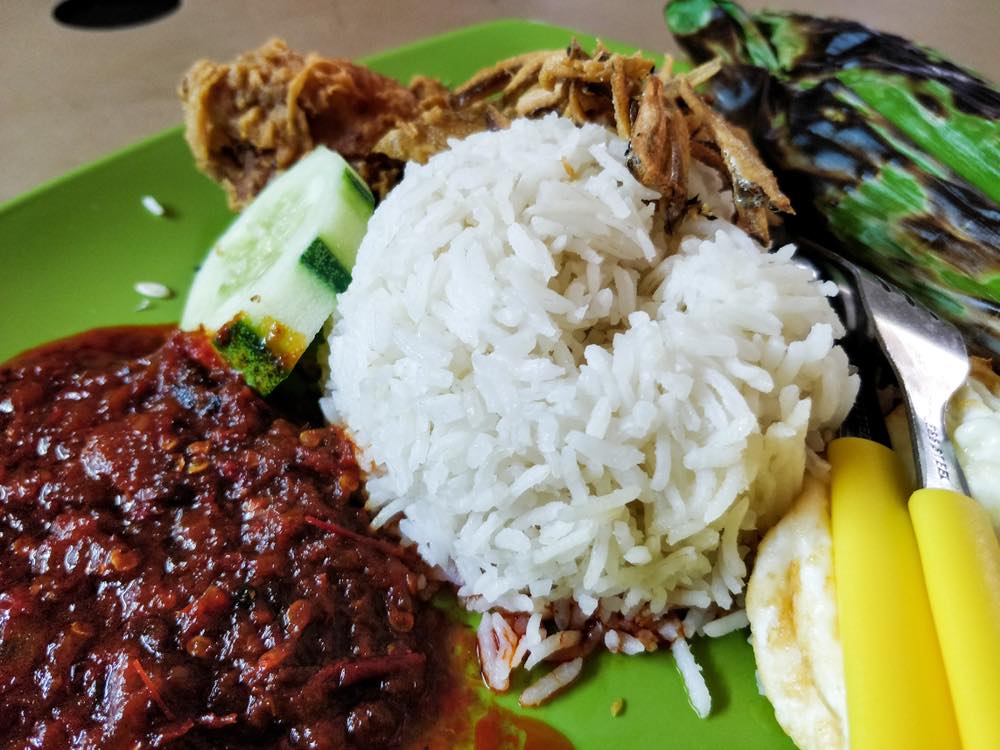 Nasi lemak at the Changi Village food court in Singapore

Away from the centre, food courts in Singapore are still to be found in plentiful supply and Changi Village is a must for anyone planning a visit to the island of Pulau Ubin. Located right next to the port from which ferries to the island depart, Changi Village is a great option before embarking on the outward or from the return journey and is particularly famous for its Nasi Lemak.

Mizzy’s Corner is one of the most popular stalls selling this iconic dish of southeast Asia, but there are plenty of other alternatives if the queue puts you off, while there are a variety of other cuisines on offer and many of them are open well after midnight. 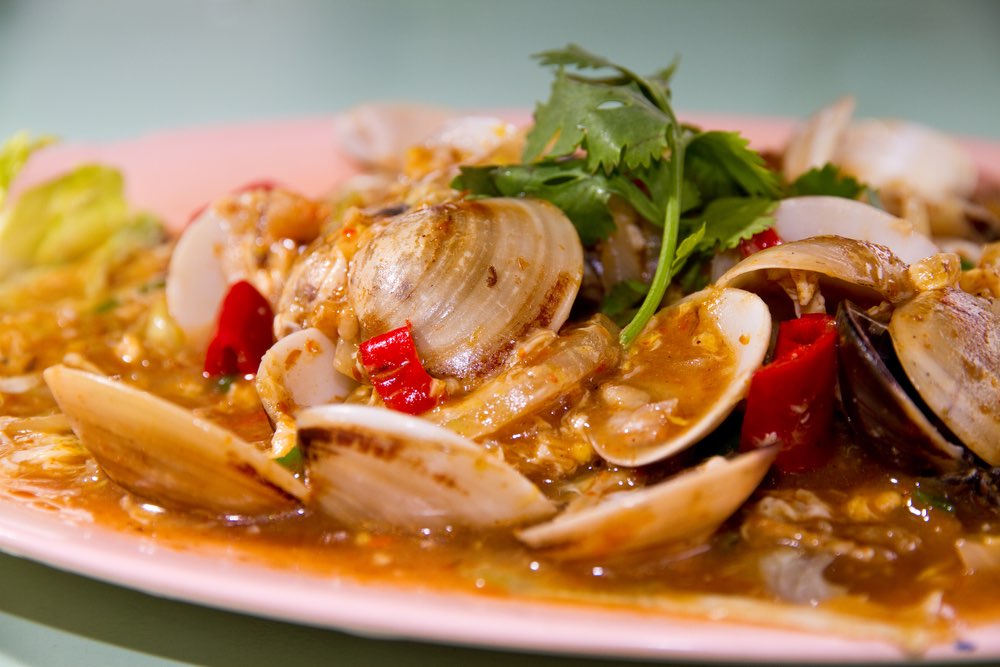 Another food court in Singapore that's slightly more removed from the centre, Old Airport Road is still one of the largest, oldest and most popular options on the island.

What’s more, its relative remoteness does have the upside of making it incredibly cheap in comparison to some of the more central locations; chilli crab at Mattar Sea Food is particularly good and fluctuates in price depending on seasonal availability, while those wishing to go the whole hog can partake of a seasonal hotpot for two for $50 at Wen Wen Pork Rib Big Prawn Mee. Meanwhile, Lao Ban Soya Beancurd and 51 Soya Beancurd are both great places to try soya beancurd bowls as well.

It may be a little further from your hotel, but this food court in Singapore is well worth the extra time to visit. 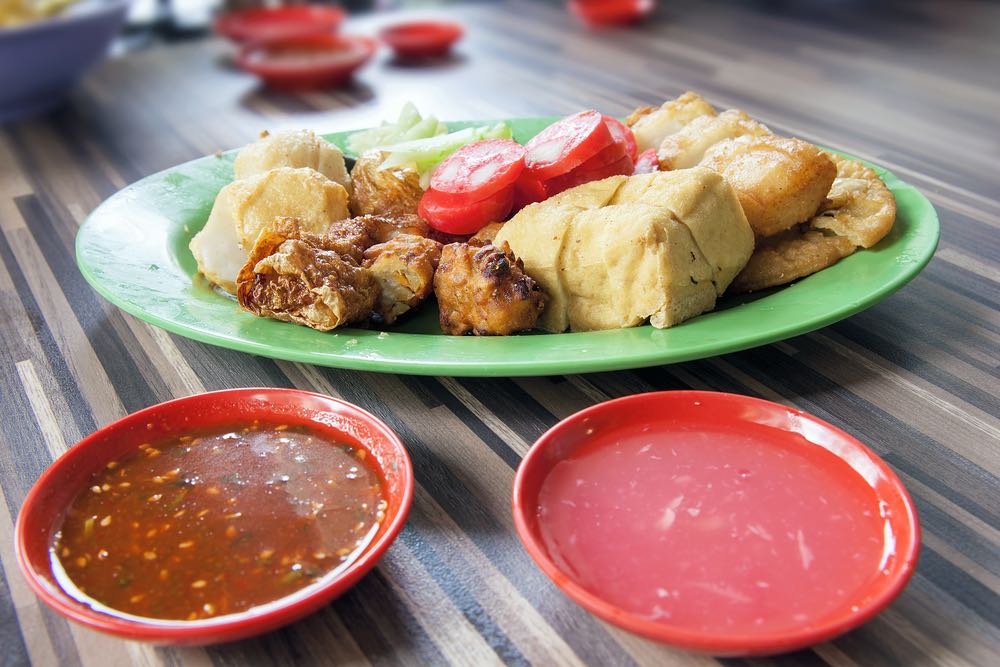 Stray a little further east along the coast and you’ll find East Coast Lagoon Food Village, a food court in Singapore specialising in marine delights and other delicious fruits of the sea.

Having first opened its doors over 40 years ago, East Coast Lagoon Food Village underwent something of a transformation in 2013 and now unites several of the area’s best restaurants under the same umbrella.

It’s another favourite location for trying chilli crab, which one of the restaurants in question (Long Beach Seafood Restaurant) claims actually originated in its own kitchen. Whatever seafood dish you settle upon, you can enjoy it with the cool ocean breeze on your face – not something that many food courts in Singapore can offer.

Still confused about which food courts in Singapore to eat in? On a flying visit to the city? Consider joining this daily Singapore food tour to be led to the best eating spots in the city by an expert local food guide. 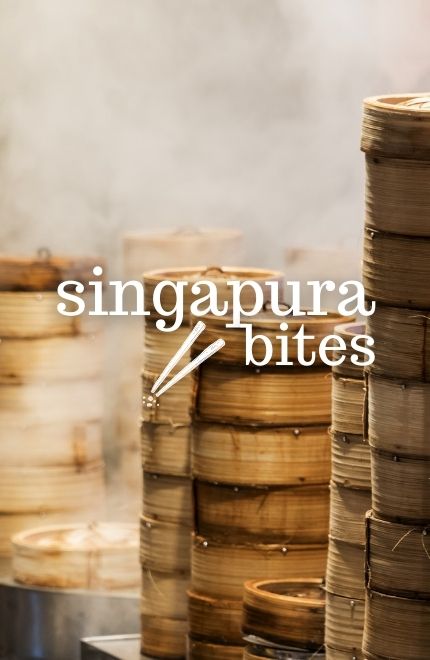 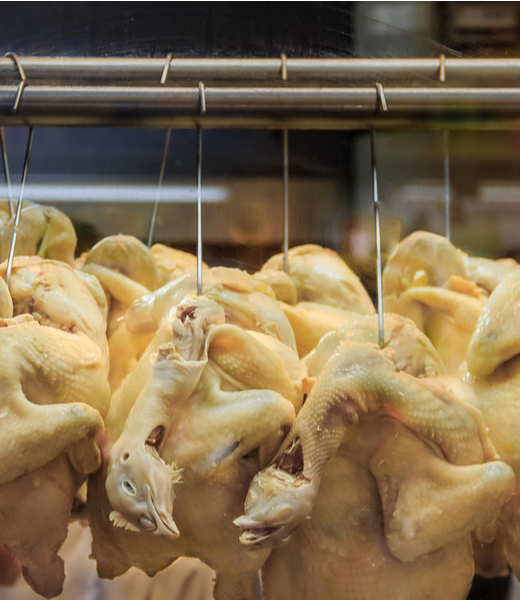 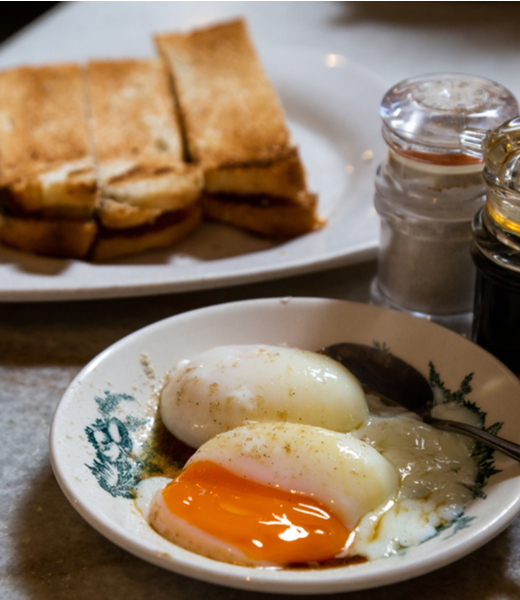 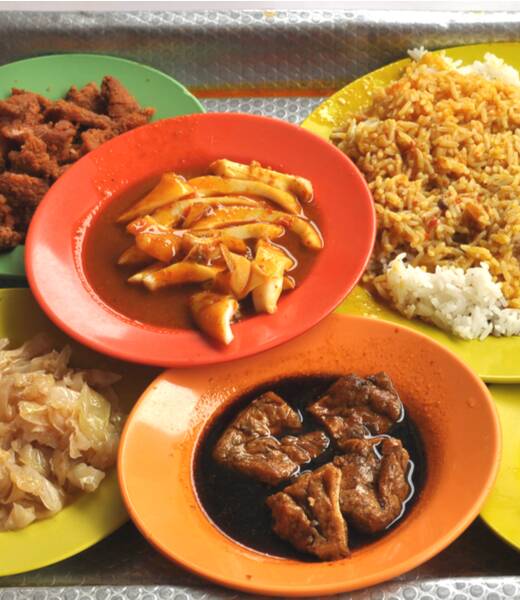 The essential guide to hawker food in Singapore