What to do in Kyoto: 15 essential things to do in Japan’s ancient city

While Tokyo is Japan’s modern metropolis, Kyoto is the country’s ancient heart. It’s an extraordinarily elegant city, one teeming with ancient Buddhist temples, serene zen gardens, centuries-old wooden homes and, of course, the famed geishas who entertain guests in Gion.

The city is not short on things do to. You could spend a lifetime exploring just the historical monuments of which there are more than 4,000 and still not scratch the surface.

If that sounds a little overwhelming, fear not. We know what to do in Kyoto and we’ve put together this helpful guide with 30 essential things during your visit. 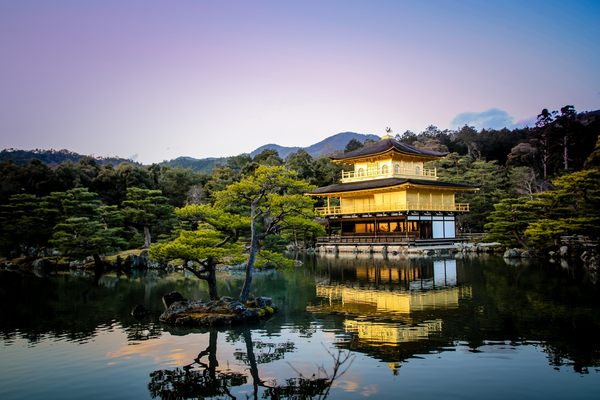 Kyoto isn’t nicknamed the City of Thousand Shrines for nothing. While there are many must visit temples, if you only have the chance to visit just one, make it Kingkaku-ji Temple, also known as the Golden Pavilion due to the gold leaf that covers the top two floors. It’s a truly beautiful stricture towards the north of the city that once served as the former home of shogun Ashikaga Yoshimitsu. 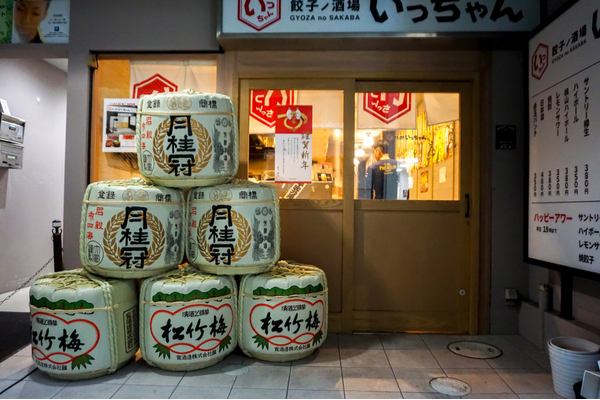 Understand the history behind sake

The Kyoto district of Fushimi, which lies along the banks of the Horikawa River, has always been the heart of the city’s sake brewing industry. Today, it’s still home to almost 40 sake breweries including the early 17th-century Gekkeikan. Many are open to the public, but to truly understand the Japanese rice wine you can’t do better than hopping on one of the sake tasting tours. 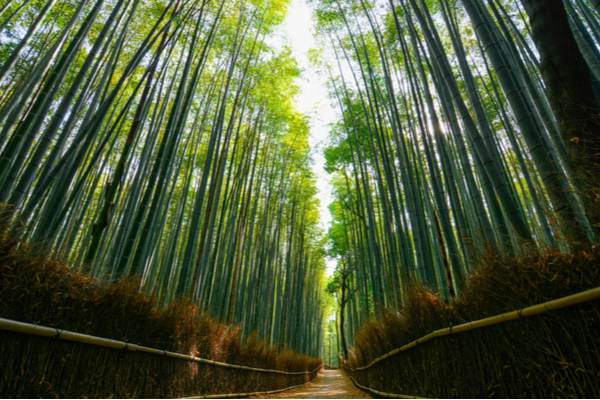 Get snaps of the Arashiyama Bamboo Grove

For Instagram-worthy photos, you’d be hard pushed to do better than the Arashiyama bamboo forest. This iconic landmark lies between the serene Okouchi Sanso Garden and the Tenryuji Temple just west of Kyoto. Don’t expect to be the only people there though. This popular spot can teem with camera-wielding travellers. Try to get there as early as possible to avoid the masses. 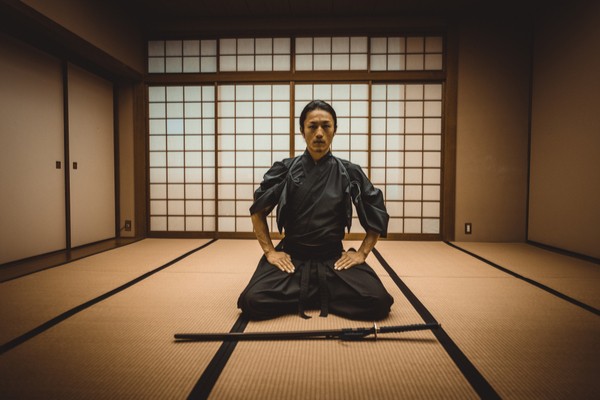 Learn the art of the ninja in Kyoto

Ninjas have been around since the 15th century when they were used as mercenaries during feudal Japan. Their skills of deception, surprise attacks and espionage were thought to be dishonorable among samurai, though their played an important role during the Sengoku period. Kyoto is home to several Kyoto ninja schools where you can learn the art of ninja stars, swords and moving stealthily through the shadows. 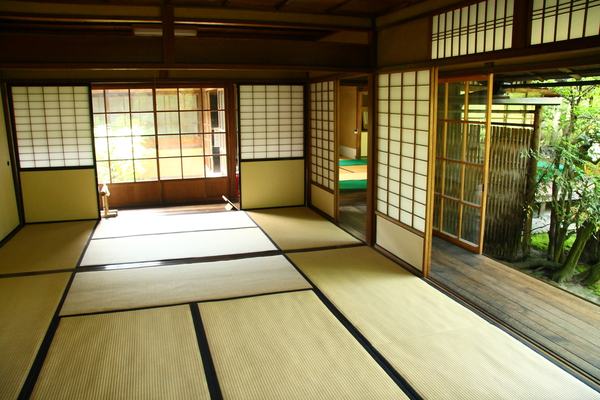 Spend a night in a ryokan

You can’t say you’ve truly explored Kyoto without a night in a ryokan – a traditional guesthouse whose minimal rooms often have nothing more than tatami mat floors and futon beds. They are often reasonably priced, include simple but delicious meals served by gracious hosts and sometimes even have hot springs available for guest use. This what to do in Kyoto list wouldn’t be right without a night in a ryokan. 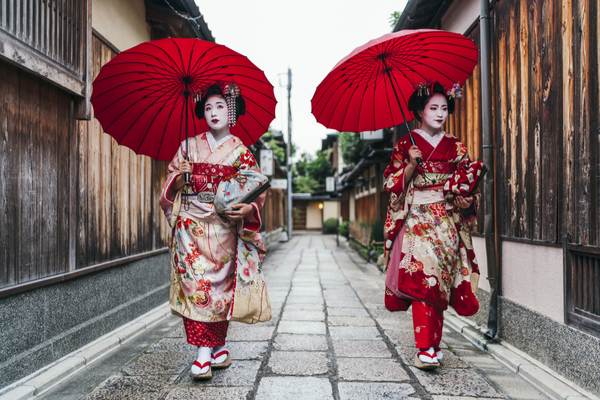 Explore the entertainment district of Gion

The list of what to do in Kyoto wouldn’t be complete without mentioning Gion, the city’s entertainment district. Here, you can be transported back in time as you wander along the old pedestrian alleyways flanked by traditional wooden homes and teahouses. It’s a photogenic place made more so by the elegant geishas who tip toe quietly through the district. Be sure to stop off at one of the teahouses to watch one of the geisha or maiko dances. 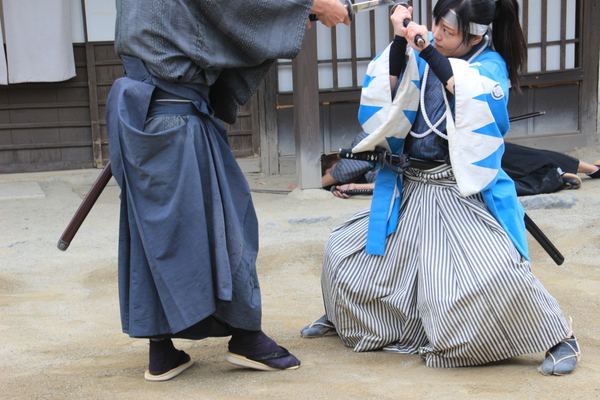 Who doesn’t want to see a samurai sword show? At the Samurai Kembu Theatre – which doubles up as a dojo – visitors can catch a glimpse of this ancient art form. Highly trained Kembu swordsmen don traditional costume and perform a nightly show. Alternatively, you can join one of the classes to learn how to swing a sword like one of the masters. 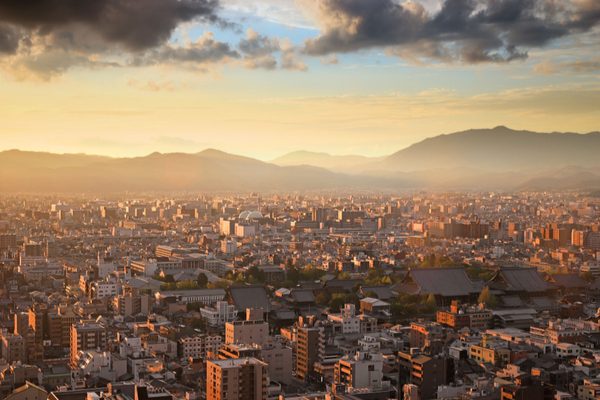 Take in the view from Kyoto Tower

The former capital might be known for its historical structures, but the modern Kyoto Tower is still worth a visit, if only for the spectacular panoramic views over the twinkling lights at night. Using the telescopes on the platform, on a clear day you can often see views that extend all the way to neighbouring Osaka. Alternatively, scale the tower in the late afternoon to watch the sun set over the city. 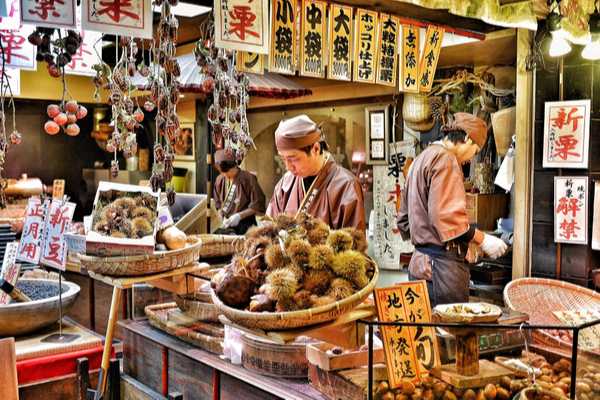 If you want to give your credit card a bruising, make a dash down to Nishiki Market where you’ll find everything from textiles to ceramics. Be warned, no one makes it out without at least a souvenir or two to bring home. While you’re there, you can dine out at the inexpensive food stands which knock out delicious yakitori, dumplings and dish cakes. A good what to do in Kyoto when it rains. 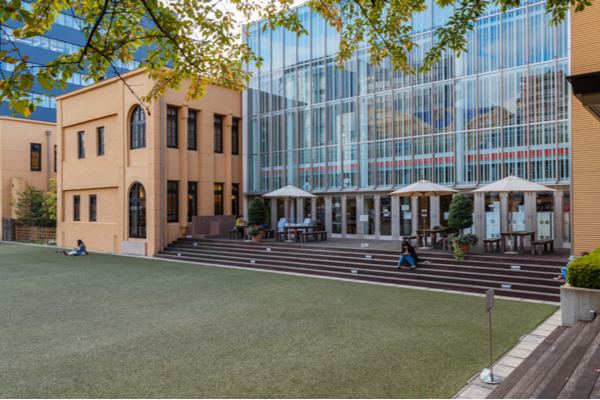 Manga has long been a pop culture icon both in Japan and across the world. Even if animations aren’t your thing, you can help but be intrigued by the unique drawing style at the Kyoto International Manga Museum. Here, can you also learn about its history which stretches back to the 19th century, have your portrait drawn and browse through the extensive library. 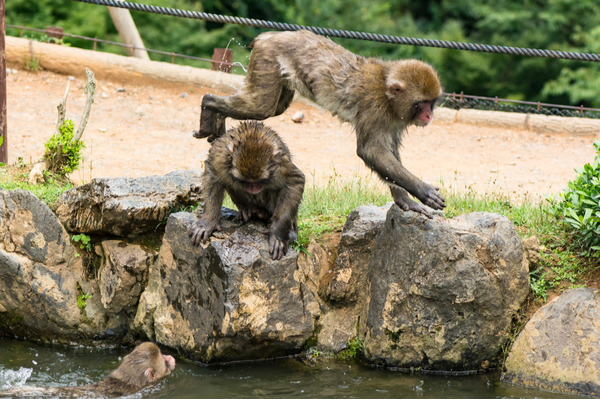 Monkey around in Kyoto

Just west of Kyoto you’ll find the Monkey Park Iwatayama. Get some comfortable walking shoes and make a beeline along the park’s hilly trails to catch a glimpse of the 170-strong troupe of macaque monkeys swinging from the trees. Be warned, these cheeky primates are known to swing past or rummage through your belongings in search of food. Pick up some nuts or fruit from the nearby store to feed them. 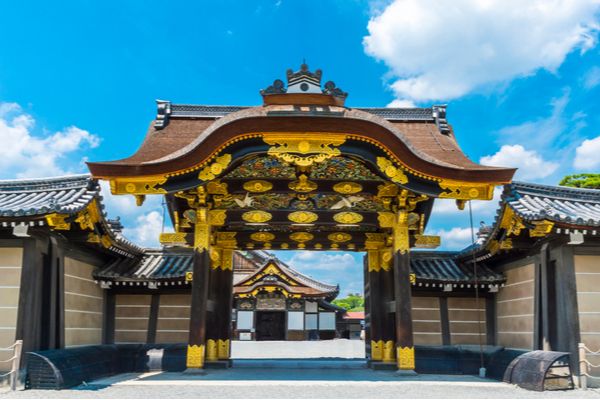 Go back in time at Nijo Castle

The early 17th-century Nijo Castle lies in the heart of the city and was once the residence of the Tokugawa shoguns. The impressive stone structure is surrounded by a moat and houses several highly elaborate painted screens inside. It’s often considered one of the finest surviving examples of Edo-period architecture in the country and well a place on this what to do in Kyoto list. 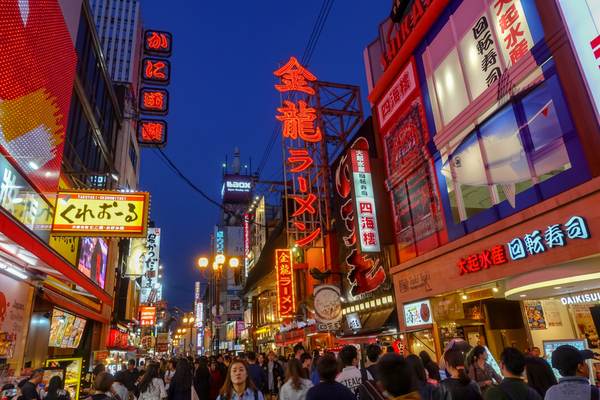 Why not kill two birds with one stone and take the 25-minute train ride to Osaka? Swap out the ancient for the modern, one that teems with neon lights and flashy modern restaurants. Osaka is considered one of the best places to eat in Asia, so you’ll be sure to eat well. Plus, the city is chock-o-block with museums and culture sights. 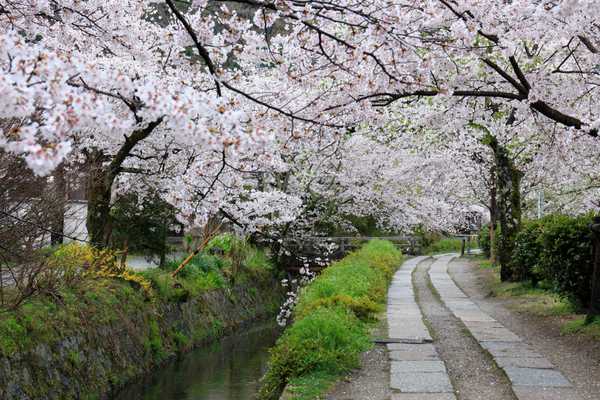 Stroll along the Philosopher’s Path

This beautiful trail follows one of Kyoto’s cherry-tree-lined canals from the Silver Pavilion to the district of Nanzenji. It’s a peaceful place that’s best used for meditation and contemplation. Its name stems from Nishida Kitaro, a 20th-century philosopher and professor at Kyoto University who used it daily for meditation. En route you’ll find plenty of small temples and shrines to stop at. 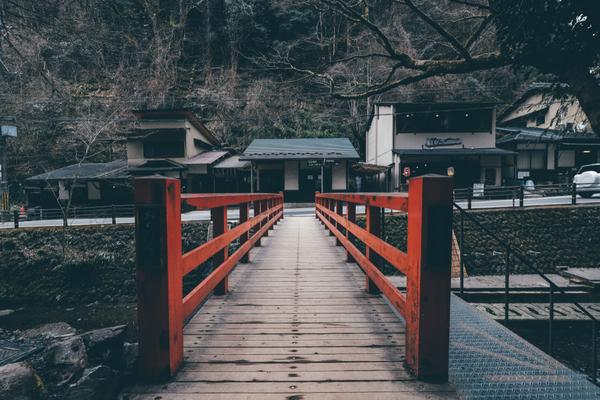 Bathe in the hot springs Kurama

If you’re still not sure what to do in Kyoto, try the mountain town Kurama just 20 kilometres outside the city. It’s a place known for its Buddhist temple and mountain hiking trails which are home to an abundance of wildlife. After a long hike, you can rest your weary muscles in one of the town’s hot spring baths. Particularly beautiful in the winter when the entire town in carpeted in snow.