Vada pav, commonly called Bombay pav – there’s something addictive about this Mumbai street snack. Lightly spiced potato patties covered in gram flour are fried until golden before being slipped into fluffy bed rolls and pepped up with garlic salt, a variety of chutneys and a spicy green chili.

The carby overload is a stable. Not only is it filling, it’s also one of the cheapest ways to fill up. While no one is sure of its origins, most believe it was created as a gut-bursting lunch for mill workers in Girangaon and later spread across Mumbai. One of the first vendors was the Vaze family who sold the sandwiches from their khidkiwindow in the ‘60s.

Don’t be put off by the number of ingredients – many are store-cupboard favourites and assembling the sandwiches couldn’t be easier.

First job is to create the patties. Blend the green chilies, garlic and ginger in a food processor, then pound in a pestle and mortar until you have a coarse paste.

Heat a little oil over a medium heat and fry the mustard seeds until they begin to pop. Be careful to ensure they don’t burn. Add the curry leaves and stir for 20 seconds before adding the paste. Simmer for a couple of minutes, then add the turmeric powder, the mashed potato and salt. Mix thoroughly, then remove from the heat and allow to cool.

Time to get stuck in. Roll into 8 balls and then flatten gently to form 1-inch thick flat patties.

In a separate bowl, add the gram flour, rice flour, turmeric and salt. Add water into a well in the flour and gently blend together with a wooden spoon to create a batter without lumps. Heat the oil up in a sauce pan, dip the patties into the batter and then fry until golden brown. Remove and place on kitchen paper to mob up the excess grease.

Assemble everything. Cut the bread rolls in half and spread the chutneys on. Sprinkle with the garlic salt and add the fried chilli and potato patty. 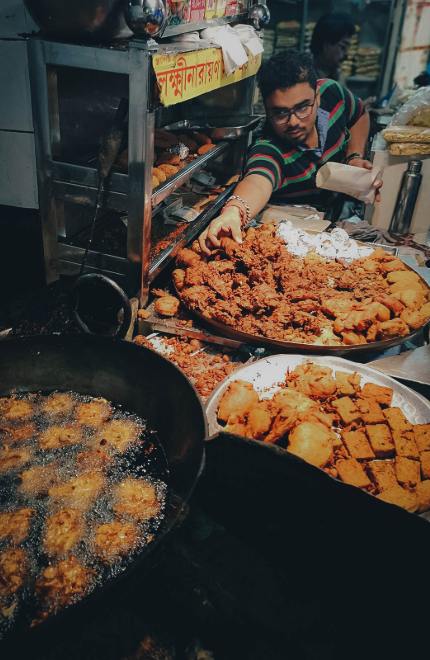 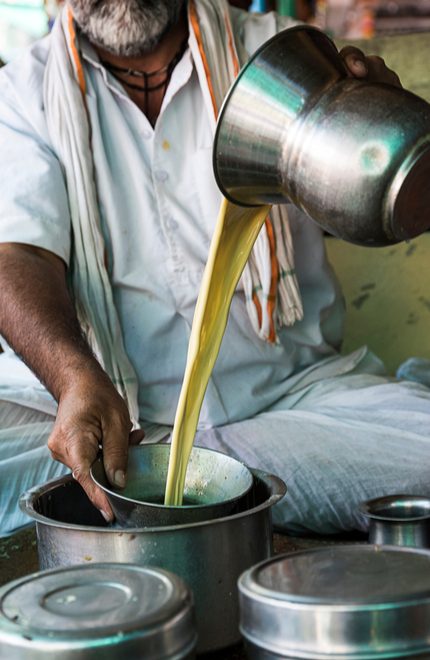 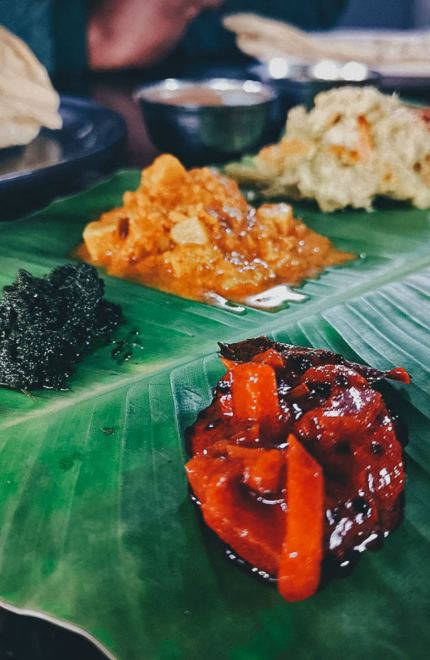