Chiang Mai is not short on bars. The moat-encircled old city crawls with hipster joints, live music venues and neon-lit dive bars. Having spent enough time trawling through much of the city’s nightlife, there’s just one that hits the mark – the North Gate Jazz Co-Op.

Obviously with this type of rating there’s a lot of subjectivity. I’m not someone who needs 37 craft beers on tap, nor, when it comes to bars, need good food (surprisingly due to the nature of my business). What makes a great night spot is atmosphere and music. And the North Gate Jazz Co-Op has both.

It’s a relatively small place just a short walk along the northern edge of the moat near, as the name suggests, the crumbling North Gate (Chang Puak Gate). By day, the metal shutters are pulled down over the shop front, but by night its warm orange glow attracts punters like moths to a flame. Get their early if you want one of the few seats – a huddle of miss-matched chairs and stools or a mezzanine space which requires a clamber up some rickety steps to access. Late comers spill out of the bar’s frontage onto the pavement.

The signage, kitsch interior and timeless feel make it seem like it’s been in town for decades, but the bar only opened in 2009 by saxophonist Odor and his percussionist friend Russell. Every night of the week a friendly bohemian crowd of locals, expats and foreigners tip up to listen to local live jazz bands. Tuesdays are jam nights are open to all. The beer options are limited – cold Chang or Singh – just the way it should be, and the staff speak good enough English to put in your order, even with the live music in full swing.

The key is getting there someone between 8 and 9, just before the crowds swarm in, but late enough that you aren’t waiting until the music starts. If you’re too late, nab a spot on the grassy banks of the moat and you’ll still hear the talented roster of jazz, R&B, Motown or Classic Rock bands across the street. 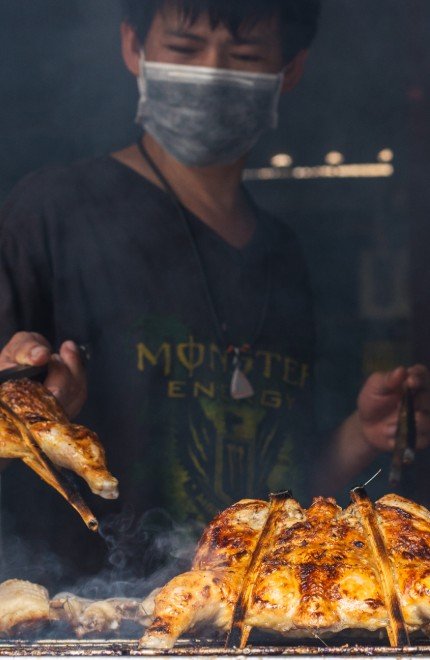 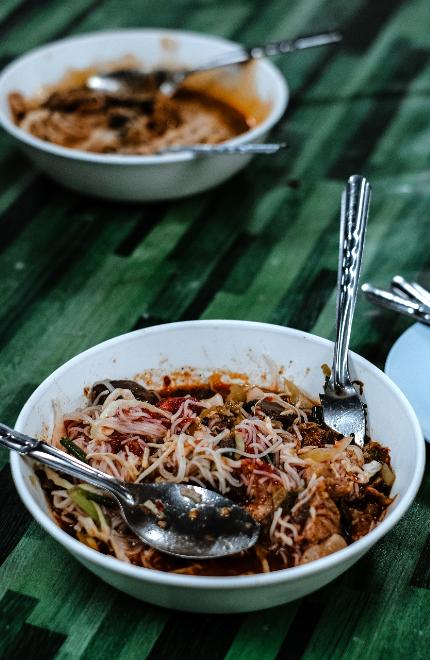