A guide to vegetarian food in Bogota

Being vegetarian in Bogota is a surprising experience, despite most traditional meals being seriously on the meaty side, vegetarian food is still pretty easy to find.

There are some typical dishes that are vegetarian to begin with, and even some street food snacks - like the humble but hearty 'arepa'. For more variety, and to try some meat free versions of other national dishes, there are more than fifty vegetarian restaurants across the city, often focused at the growing number of health conscious diners.

As a last resort, most restaurants will be able to whip you up a plate of rice, beans, avocado, salad, eggs and plantain - without too much judgement that you're missing the main part of the meal. Just remember to specify what you can and can't eat, as you might find lard, meat stock and chicken sneaking in there.

Being the capital city also means that cuisines from all corners of this diverse country have found their way here, as well as an equally impressive and exotic range of fruit and vegetables. Here are some of the best to seek out.

These staple snacks are found in varying guises all over the nation, and are one of the most popular street foods. Made from ground corn flour shaped into a round, chunky bread and grilled, they are most commonly filled or topped with butter, cheese or egg, although you can probably find some vegan versions that use salsa or avocado. They are cheap, filling and addictive.

Another quintessential snack is the empanada, these are pastry pockets stuffed with a variety of fillings and fried or baked. In Colombia they are usually of the meat variety, although with a bit of luck you will probably find them with  cheese. It's possible to get them with other vegetarian and vegan fillings, such as spinach or mushroom, but usually only in certain restaurants, like the popular 'La Castaña'.

Colombia is blessed with a blissful climate and fertile soil, which means the plethora of fruit and vegetables is endless. Wander though the market and you will come across tantalising displays of colouful fresh produce from all over the country. Some of the more exotic fruits to try include pitaya (yellow dragon fruit), granadilla, mamoncillos (Spanish limes), guanábana (soursop), uchuvas (cape gooseberries), and lulos (naranjillas) among many others. Freshly made juices and smoothies are understandably popular and easy to find too.

This healthy super-fruit is known as 'National Viagra' for it's apparent libido increasing effects, and whether true or not, you will find it sold from carts all over the country. They taste a bit like boiled sweet potato or squash and are surprisingly filling.

Colombians love soup almost as much as they love  rice, and meals are usually accompanied by a bowl as well as being enjoyed as a dish in their own right. Warm bowls of of 'sopa de verduras' (vegetable soup) or vegetable 'cremas' are perfect for the cold winter nights in Bogota. A hearty, warming classic is 'ajiaco', which can sometimes be found as a meat-free version in restaurants. Minus the usual chicken, this soupy stew is made with different kinds of potatoes, corn and onion, with slices of avocado and a dollop of sour cream. The breakfast soup 'changua' is usually vegetarian, and made from milk, eggs, bread and onions - it's said to be an excellent hangover cure.

This light snack consists of corn, freshly cut from the cob and mixed with all manner of toppings and sauces. To make a veg version just opt for the salsa, lettuce, cheese or crunchy potatoes.

If you fancy something sweet, then look no further than the ever popular 'obleas'. A sort of giant, crispy wafer smothered with decadent sauces like Colombian caramel (dulce de leche) and condensed milk.

Universally popular the world over, and just as much in Colombia, the fried potato is easy to find and eaten with lashings of sauce. For something a bit different try the yummy slices of fried yucca. Plaintain is also ubiquitous as a snack or served as part of a meal. 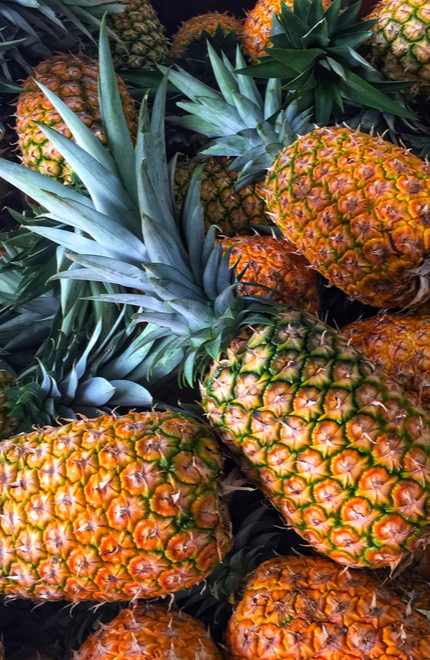