10 weirdest things to eat in Vietnam

Vietnamese cuisine is probably most famous for its pho, duck pancakes and sweetened coffee, but there’s a whole world of weird and wacky dishes which exist outside of the ken of Western understanding. The next time you’re in Hanoi or Ho Chi Minh City, try one (or ten) of these unusual menu items – if you’re brave enough.

Known as balutin Vietnam, this 21-day-old fertilised duck egg has all the features of a baby duckling in miniature. Boiled for five minutes and seasoned with laksa leaves, lime juice and salt and pepper, this odd delicacy is not for the faint of heart, but is a hugely popular street food among locals.

Sa sungare similar to other worms in appearance, except for the fact that they’re larger in size and must be thoroughly cleaned in order to get rid of the sand which occupies most of their insides. Used in stock for pho, peanut worms are also grilled, salted and spiced and served alongside beer.

Kopi luwakis famous for being the most expensive kind of coffee on the planet. Farmers feed civets with coffee beans first, then harvest their excrement after it has passed through their digestive tract. The unique flavours this process imparts make kopi luwaka highly sought-after commodity.

Compared to some of the other entrants on this list, a southeast Asian tropical fruit should be a walk in the park… but just wait until you’ve smelled the pungent odour of this spiky customer. Despite its stink, the durian is rich in nutrients and can help to contribute to healthy blood pressure.

Waste not, want not! That’s certainly the philosophy when it comes to pha lau, a traditional broth consisting of the heart, lungs, stomach, kidney, intestines and any other offal of pigs and cows, all chopped up and cooked together with five-spice, soy sauce, sugar, pepper and sweet coconut syrup.

Let’s not forget tiet canh, either, which is a blood soup popular among those from the north of Vietnam. Blood from a duck (or less commonly, geese or pigs) is mixed with fish sauce to avoid coagulation, before being bulked out with broth and sprinkled with peanuts, coriander and mint.

Mice liked to feed on the rice grown in paddies in rural Vietnam… and the farmers like to catch them, skin them, marinate them and barbecue them, or use them in curries and stews. Although instinctively repulsive to a Western mindset, mice meat is seen as an expensive luxury in many parts of Vietnam.

The French might be the most famous for gobbling up frogs’ legs, but they don’t have a monopoly on the dish – and their Vietnamese counterparts don’t stop at the waist, either! After being skinned and gutted, frogs are fried, grilled or steamed and served with lemon, chili, salt and pepper as a tasty, nutritious snack.

Alongside the durian fruit mentioned above, mam tomis a strong contender for the foulest smelling foodstuff on this list. Indeed, many people add kumquat to the paste to improve its aroma, while chili can also be brought in to introduce a kick. Regardless of how its prepared, fermented shrimp paste goes well with noodles and stir-fries. 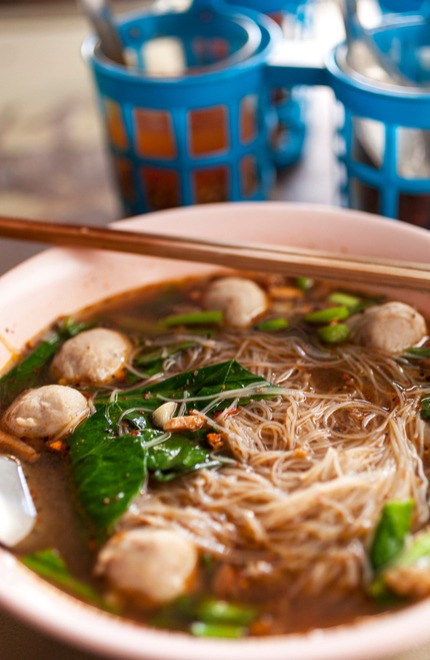